Malpresentation
Posteriorly presented, or tail-first, kittens are quite common, so much so that this could almost be considered a normal presentation, with no birth delay. If the first kitten arrives tail-first, there may be a delay due to the lack of the wedge-shaped head pushing behind the fluid-filled membranes. The kitten is usually passed on at some point. However, if the time between placental separation and when its nose is free of its membranes is too long, it is more likely to drown in its own fetal fluids.
Malposition
Malposition occurs when a kitten dies in utero before rotation. Except in cases of illness, infection, or a prolonged delay in a late-arriving fetus, it is uncommon. The presence of a dead fetus within the maternal pelvic canal can cause functional or obstructive dystocia.
Malposture
The position of the head is the most important aspect of male posture. Brachycephalic cats may struggle when the fetal head first engages the opening of the maternal pelvis. The lack of a wedge-shaped muzzle increases the likelihood of the head deflecting to one side, downward between the forelegs, or onto the chest. In a posterior or tail-first presentation, one or both forelegs may lie back along the body, and one or both hind legs may be retained forwards alongside the body to give the breech posture. 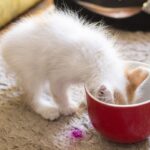 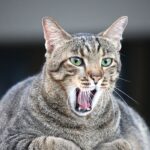